Galactic started out in early 1994 as an eight member New Orleans based horn-fueled funk ensemble, playing local bars like Cafe Brasil, Muddy Waters and the Mermaid Lounge. After paring down to a sextet (drums, bass, guitar, organ, trumpet, sax) they emerged as a tight, slinky instrumental funk band "creating a whole new hybrid of funk and soul... at the forefront of the new vibe in the Crescent City with grooves and licks that kick with a stamp of authenticity" (On The One Magazine), both headlining at larger clubs like House of Blues, Maple Leaf, and Tipitina's, while still occasionally moonlighting at the legendary (and now defunct) dive Benny's (doing Meters covers and billed as The Cheaters). All the pieces were in place with the addition of veteran New Orleans singer Theryl deClouet. Theryl's natural lyricism lent gritty soul to the band's sound and put words to their musical message.

The band began seriously recording in late 1994, when San Francisco-based record producer Dan Prothero was coaxed out of a New Orleans vacation to record the band, beginning a collaborative relationship that produced six albums with the band and its members.

Thanks to an intense schedule, Galactic has built a large and loyal following which has become a model for countless mostly-instrumental bands to aspire to. Along the way, they've shared the stage with many of their heroes, including all members of the Meters, Maceo Parker, Medeski Martin & Wood, War, Johnny "Guitar" Watson, Johnny Vidacovich and Walter "Wolfman" Washington. Music luminaries such as Charlie Hunter, Jon Fishman, Skerik, The Wild Magnolias and Warren Haynes have joined Galactic onstage. They are now a major international touring act, performing with Live, Counting Crows, the Allman Brothers Band, Ben Harper, The Roots, Widespread Panic, B.B. King, Juvenile, and Jurassic 5, crossing Europe four times and completing four highly successful trips to Japan. 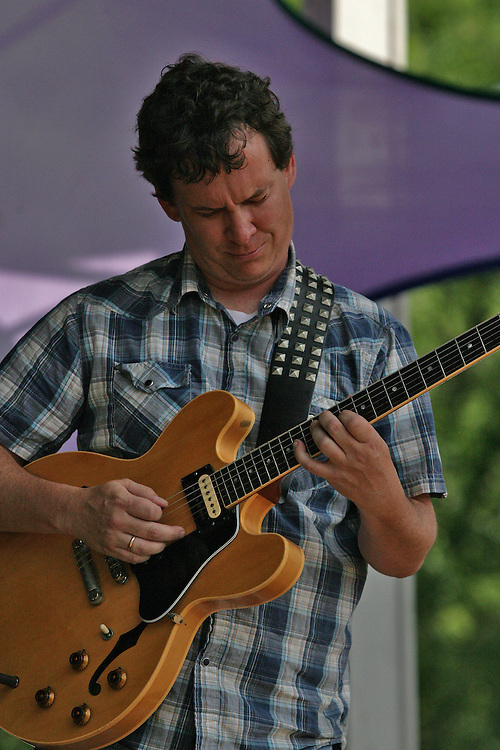