This woman riding a bicycle was shot in front of the Terrace of Elephants in Angkor Thom city, part of the Angkor complex in Siem Reap Cambodia that includes the world's largest single religious monument, the breathtaking Angkor Wat.

The Terrace of Elephants, named because of the elephant bas-reliefs on its wall and the elephant statues flanking the staircase, was used as a giant viewing platform for public ceremonies and extends for over 1000 feet (350 meters.)

Angkor Thom, at the center of which lies the amazing Bayon temple is the last and most enduring city of the Khmer empire. It was built by King Jayavarman VII as a fortified city of almost 4 sq miles or 10 sq km on the right bank of the Siem Reap River, a tributary of Tonle Sap Lake.

It has been featured in many book, films and video games of pop culture most notably in the Angelina Jolie film, Lara Croft: Tomb Raider. 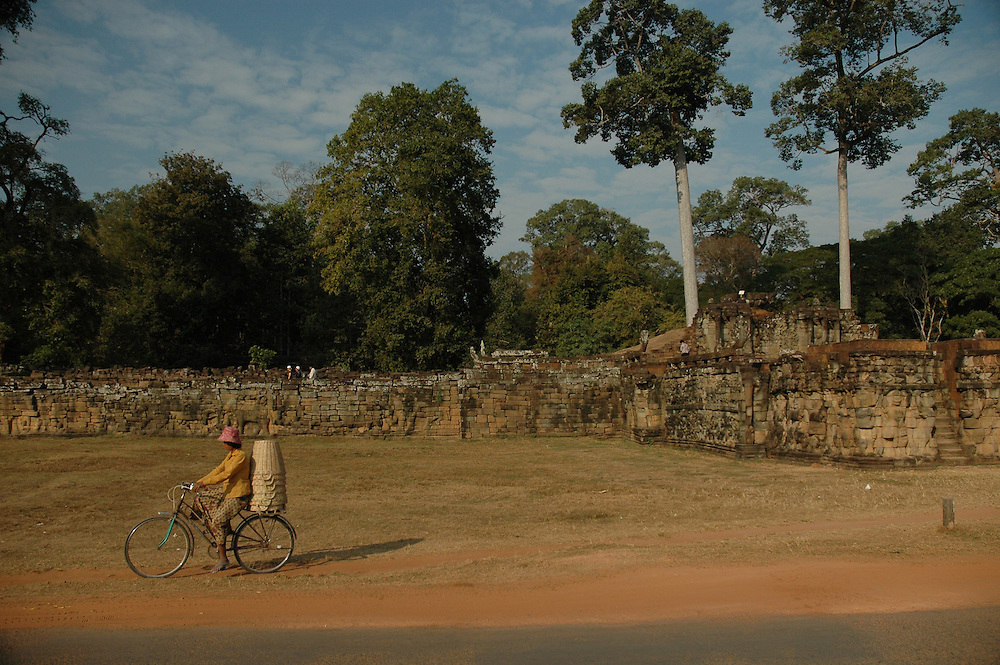