This small temple overgrown with trees is just outside of the temple of Preah Khan which lies to the northeast of Angkor Thom city in the Angkor complex in Siem Reap, Cambodia. Preah Khan was built during the reign of Jayavarman VII in 1181 and is largely un-restored with trees overgrowing the ruins in many parts.

The ruins of Angkor, a UNESCO World Heritage Site with temples numbering over 1000, are hidden amongst forests and farmland to the north of the Tonle Sap Lake outside the modern city of Siem Reap, Cambodia. Angkor served as the seat of the Khmer empire and flourished from approximately the 9th century to the 13th century.

Quite a few of the temples at Angkor have been restored and represent a most magnificent site of Khmer architecture including the world's largest single religious monument, the breathtaking Angkor Wat. 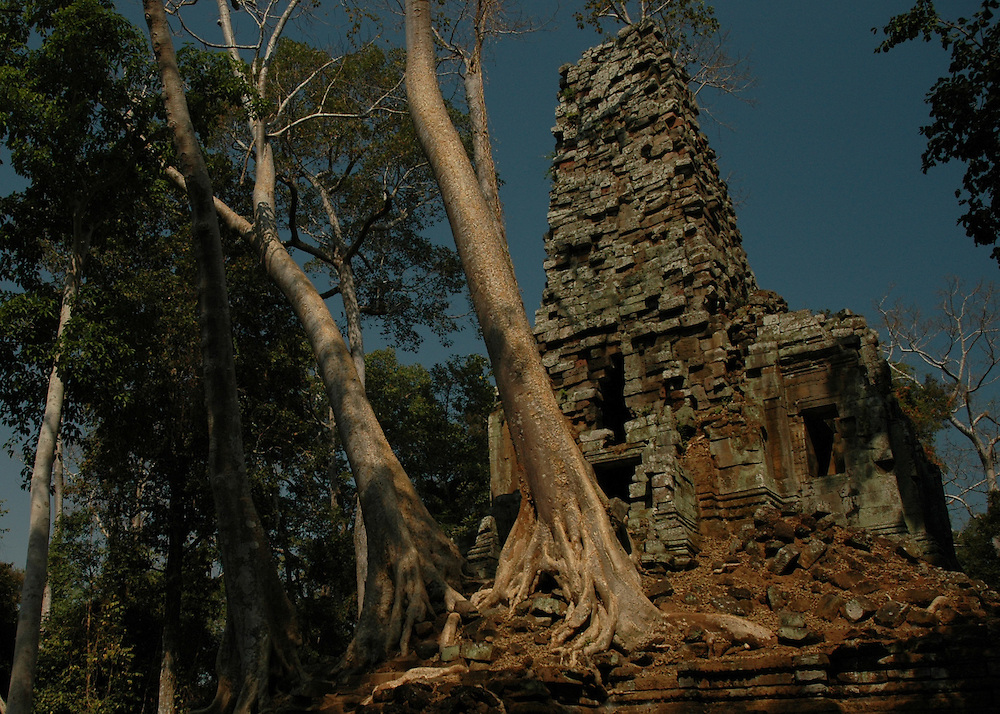