This ornamental bas-relief of a kala and warriors is from Banteay Srei, a richly decorated, late 10th century Hindu temple dedicated to Shiva located in the Angkor Wat temple complex in Siem Reap, Cambodia.

The temple is built in red sandstone and has beautiful bas-reliefs and decorations. It is surrounded by three enclosures with the central structure being surrounded by a moat.

Built at a time when the Khmer Empire was gaining significant power and territory, the temple was constructed by a Brahmin counselor under a powerful king, Rajendravarman and later under Jayavarman V. Banteay Srey displays some of the finest examples of classical Khmer art. The walls are densely covered with some of the most beautiful, deep and intricate carvings of any Angkorian temple. The temple's relatively small size, pink sandstone construction and ornate design give it a fairyland ambiance.

This temple was discovered by French archaeologists relatively late, in 1914. 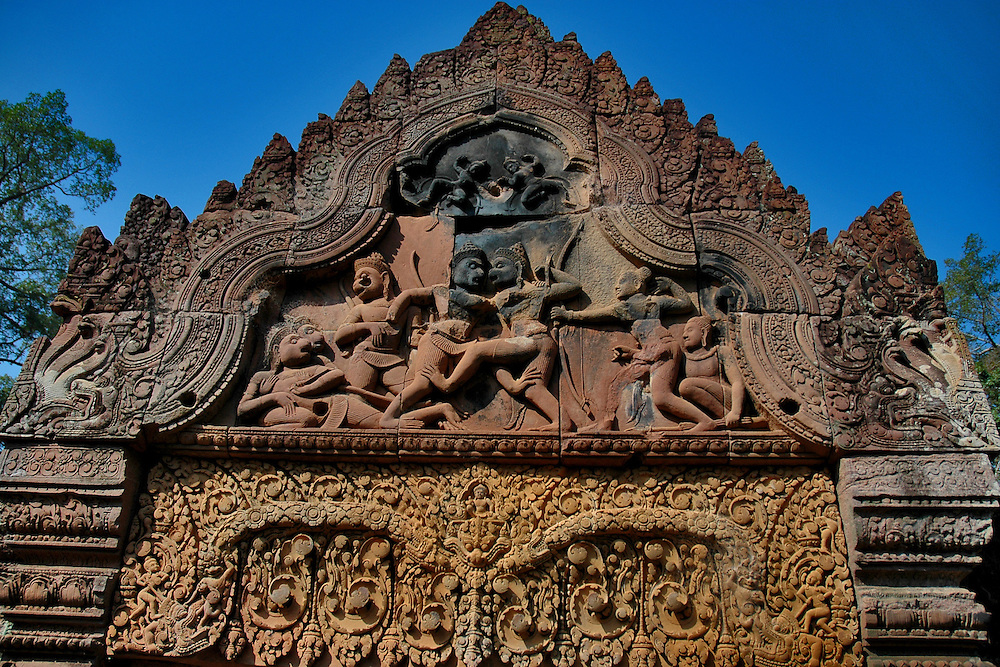